New Haven/New York City Oct/Nov 2002 Here is the second set of pictures from my Oct/Nov 2002 trip to New Haven and New York.
These are photos taken with either my point-and-shoot 35 mm camera, or my Minolta X-700.

The New York Halloween Parade
I arrived in NYC at 6 pm on Oct 31. I flew that day so I could see the 29th Annual Halloween Parade.
You can see many more photos in the photo gallery from their website.

This puppet was so tall it was eye level with the walk sign. 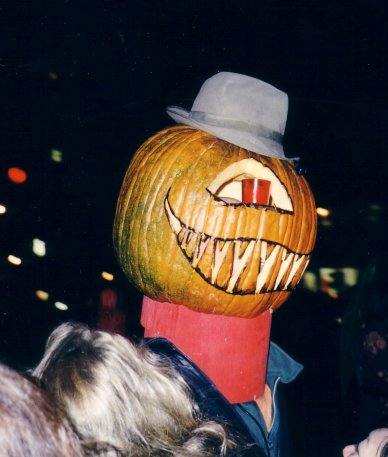 Mr Pumpkin Head mad everyone smile. He even lit up from the inside. 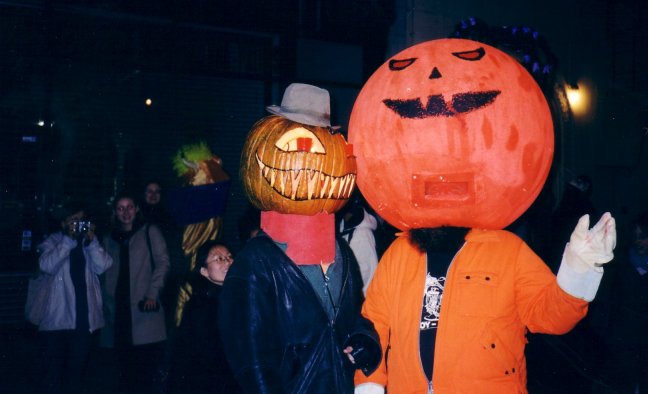 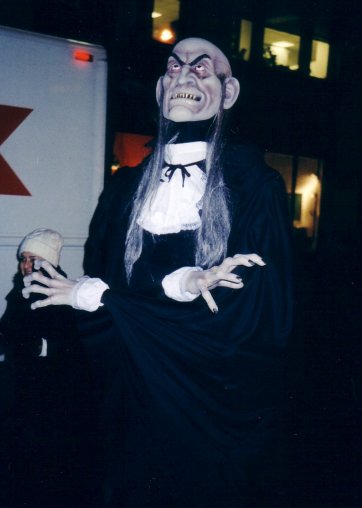 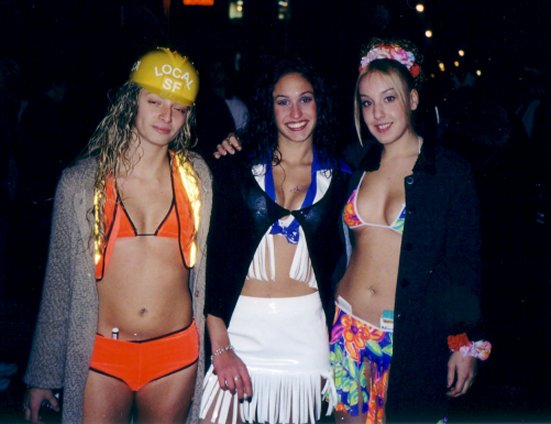 While I never did determine what their costumes were supposed to be, I nonetheless really, really liked them a lot! 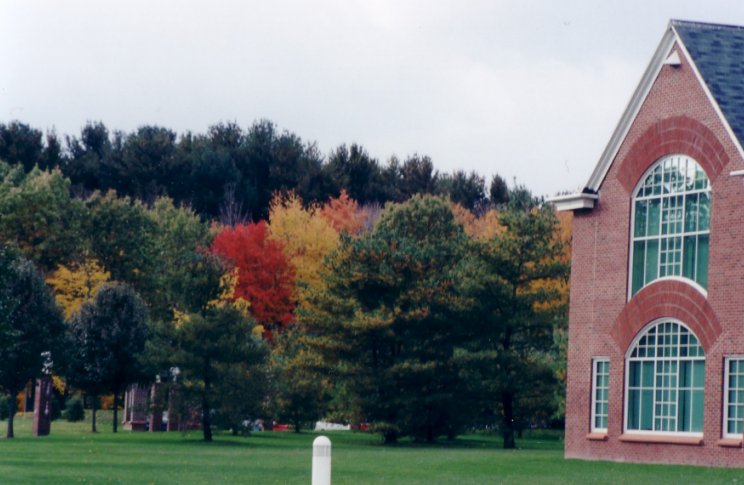 A shot taken of the Quinnipiac University Library building with a few colourful trees in the background. Hamden CT. 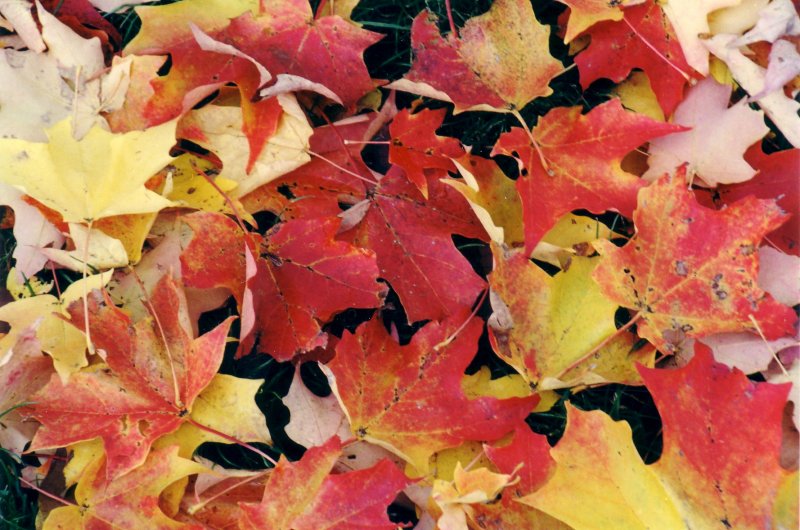 The grounds of Quinnipiac U were covered in leaves of spectacular colour. 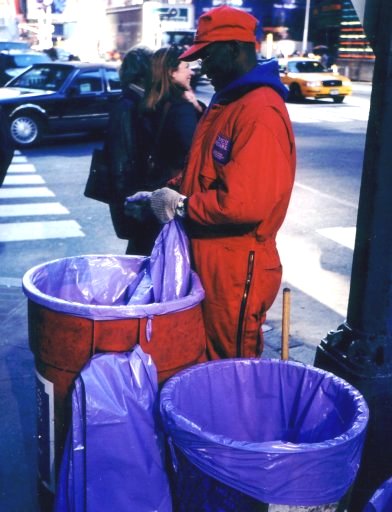 Back in New York, on Fifth Avenue, were different colours, but just as spectacular. 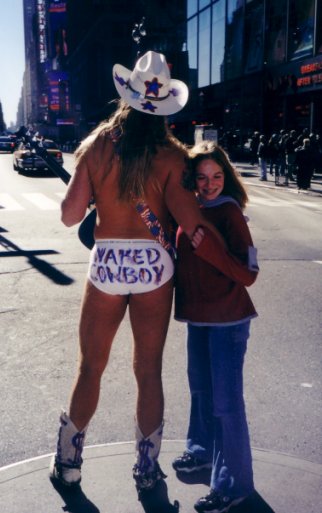 In Times Square, we meet The Naked Cowboy, who was performing as such in 5C weather. 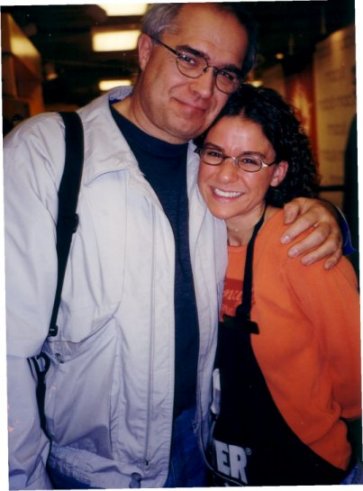 One of the reasons I keep returning to NYC is to hang with this amazing woman, Jessica Owen.
An old and dear friend, she is also a brilliant singer/songwriter, on whose first album I had
the privilege of playing, and also arranging. Her fifth album is due any day.
Please yourself a favour and order a copy when it is available. In the meantime,
listen to a few tracks from her forthcoming album, beginning with Mr Billboard, a brilliant tune. 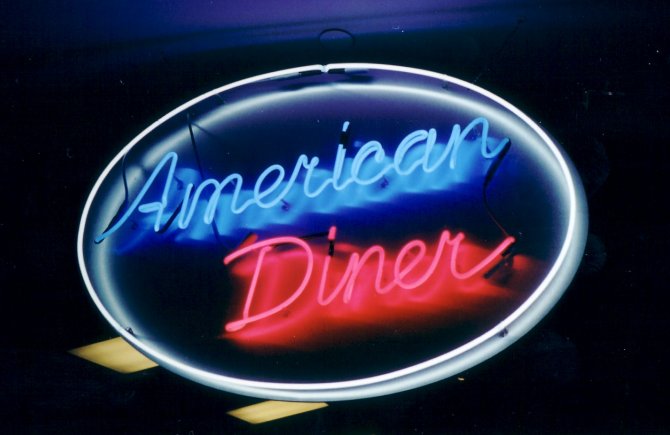 Neon sign in the basement of Macy's, where Jess works to pay the bills. 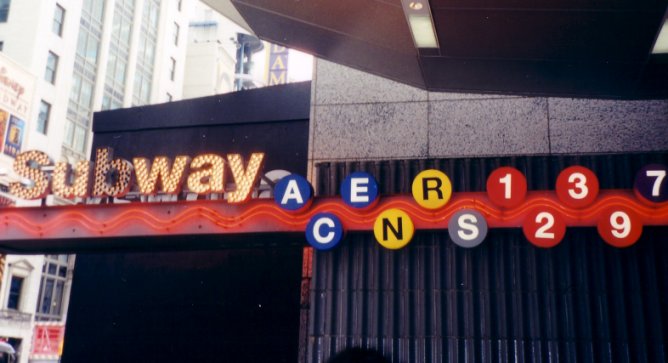 Entering the subway system at Times Square, where more routes meet in one
place than anywhere else in NYC (except Grand Central Station!). 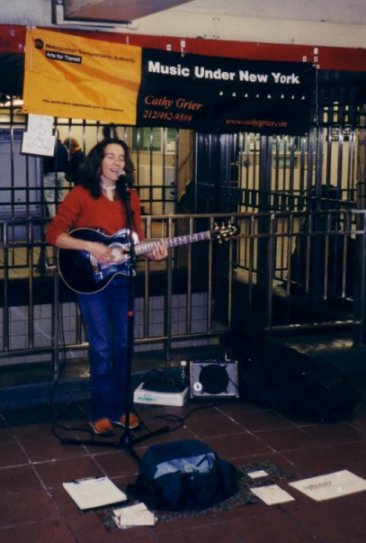 Occasionally one finds great entertainers performing in the subways.
Such was the case when I stumbled across Cathy Grier performing one afternoon.
Note the Music Under New York banner behind her. I found her
to be so compelling that I bought two of her albums. 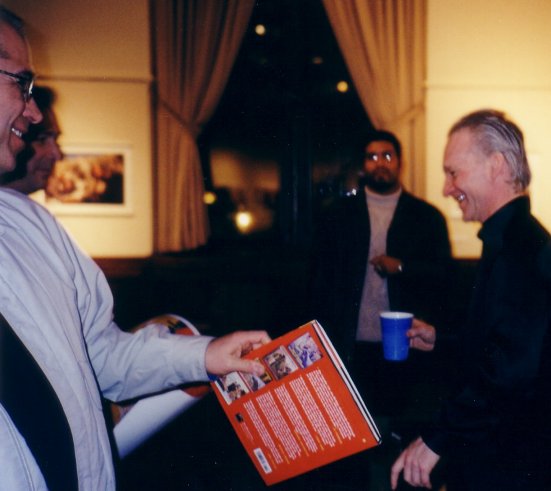 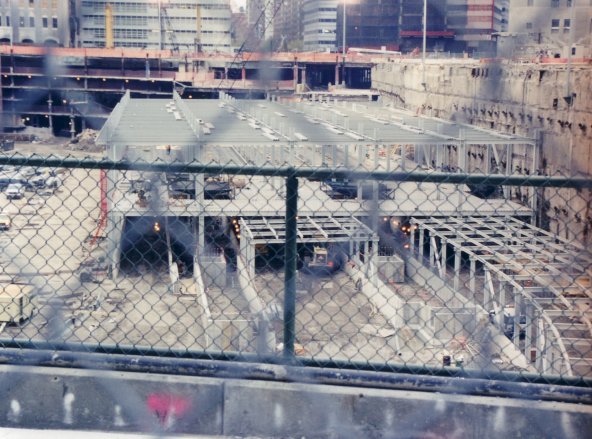 I made one trip to the World Trade Center to see the progress made after the cleanup.
The subway station connecting both the NYC Subway and the
Path Trains is the first project underway.

Thank you for viewing. Leave comments here if you are so moved Home
Last updated on January 11, 2003